This Artist was born in 1959 in Yugoslavia, Central Europe, he is married with two daughters.

Although a Mechanical Engineer by trade,he graduated at First Technical School 1977, Branko very early showed interest in art and painting in particular. He has been painting all of his life and according to his own words, he first started painting then learned to walk. He started self-training in painting and painting techniques as early as primary school. While his friends were chasing a ball playing soccer, Branko was steadily studying art.

Very early recognized in his native country for his talents, Branko already had a number of group and solo exhibitions before becoming a member of Fine Arts Artists’ Association, in Kragujevac, Yugoslavia, as early as 1981. Branko used almost every opportunity, when invited, to be a part of Art Colonies where he obtained further recognition for his work. Some of those Art Colonies were World renowned at the time, such as:

Belgrade,Yugoslavia    (The International Art Colony – Exhibition by invitation only)

And a number of others in Central Europe

His work was being sold right through Europe including Germany and Switzerland. Affected by war and destruction in former Yugoslavia, Branko decided to cut his ascent in artistic circles. In 1993 he decides to leave his country and immigrate to South Africa with his family. South Africa with its natural beauties was the obvious choice for Branko as an artist.

Although excited with new opportunities that South Africa has to offer, heavily shaken by terrible happenings in his fatherland Branko refused to paint for almost a year, in 1993, as a sign of his silent protest. But being an artist deep in his soul, he goes back to his canvas and brushes in 1994. Branko starts intensively painting according to his memories as well as inspiration he gets from beautiful South African landscapes. This period in his work can be easily identified. He used more dark colors to paint landscapes of his native country and more light ones when he was transferring his feelings for the new country to canvas. 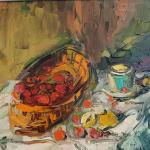 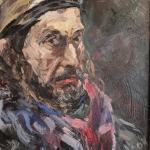